SkyLab Bio utilises novel technology for the multiplex quantification of functional consequences of non-coding variants on gene expression. Based on biological reconstitution in a simplified in vitro model system that closely mimics the cellular environment, SkyLab offers significant advantages over traditional approaches to characterising variants using cell-based reporter assays, which are typically expensive, slow, low throughput and outside the therapeutic window. Our technology has been developed to confront the challenges in the interpretation of VUS in the non-coding genome.

All our assays are benchmarked against known pathogenic and benign variants, meaning we carefully calibrate our data for use in a clinical context. With SkyLab, dissection of disease-associated genes and regulatory elements will deliver experimental data needed to guide variant interpretation in the clinic. What’s more, it’s faster, more accurate and more cost effective than conventional approaches. 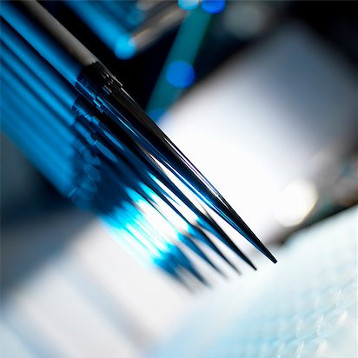